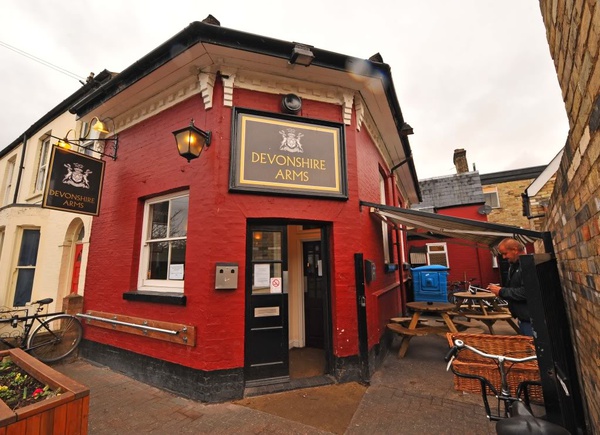 The Devonshire Arms is currently closed. It will re-open when we are allowed to serve people indoors, hopefully in May.

When the Devonshire Arms opened on Friday 22nd January 2010, it was Cambridge's newest real ale pub and Milton Brewery's first Cambridge pub. It is still selling a fine selection of real ales from Milton Brewery and other British microbreweries.